Recorded history at Copped Hall starts in the 12th century when Henry II allocated 2 acres in the Forest of Epping for the establishment of a Hunting Lodge. The Fitzaucher family served the King as huntsmen.

In 1303 the Copped Hall Estate consisted of 180 acres – comprising parkland, arable land and meadow land. In 1337 Copped Hall came into the hands of Sir John Shardlow who conveyed it to the Abbots of Waltham in 1350 in exchange for other lands. The Abbots invested heavily in the development of the lodge which became a substantial house, describing Copped Hall as “a mansion of pleasure and privacy”. They were granted leave by Edward III in 1374 to extend the park by a further 120 acres on the Epping side.

In 1537 the Abbot gave Copped Hall to Henry VIII in the vain hope of saving Waltham Abbey from being dissolved. This failed to appease Henry and the Abbey was dissolved in 1540. Henry VIII visited Copped Hall but never lived there. In 1548 his son Edward VI allowed the future Queen Mary to live at Copped Hall where she remained – to a large degree – a prisoner, as she was a Catholic. When Mary became Queen in 1553, Copped Hall was leased to Sir.Thomas Cornwallis. In 1558 it was transferred to the Duchy of Lancaster. In 1564 Queen Elizabeth granted Copped Hall to one of her closest friends – Sir.Thomas Heneage.

There is only one vague drawing indicating what the Copped Hall of this period might have looked like and this shows a row of roof gables. The mansion would have been altered and rebuilt over the centuries. It would have started off as a timber framed building but would later have acquired tall brick chimneys. The external walls of the principal parts would probably have also been rebuilt of brick with corner buttresses. 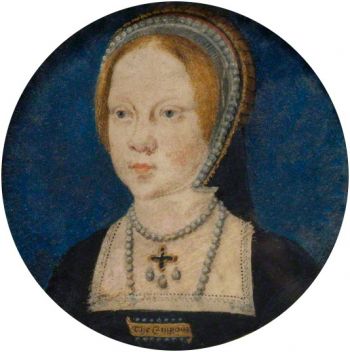 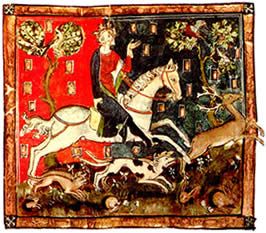