On their first trip to Copped Hall, many visitors do not realise that in addition to the Georgian mansion under restoration, there is a second older mansion on the site, about a quarter of a mile away near the Walled Garden, usually referred to as “Old Copped Hall” or by the older spelling “Copt Hall”. It was demolished about 250 years ago [see: Elizabethan Copped Hall]. Fortunately for archaeologists the building was not completely destroyed. Parts of the foundations and walls were covered over by landscaping of the gardens, which effectively preserved them. The first aim of the Project was to establish the location and rough extent of those remains. We now know that partial foundations of the west and south wings of the demolished building have survived, and that although the east wing was almost completely destroyed when the Victorian owners of the site created a sunken garden there, a substantial wall was left at the southern edge of the sunken garden, currently hidden under ivy [see: Victorian Copped Hall].

Painstaking excavation by WEAG has had to remove clay, two metres deep in places, that was probably dug from the foundation trenches for the “new” Hall and dumped over the remains of Old Copped Hall for landscaping after its demolition. This was in turn re-worked over two centuries as successive owners set out to improve the look of the terraced lawns and gardens that we see today, sweeping down from the Georgian mansion towards the Walled Garden. While you are on the lower levels of the lawns, you may be walking upon as yet undiscovered remains of the older buildings.

Archaeology can add further information to historical records, and can help to fill in gaps when records have not survived or when no records were kept, including pre-history when by definition there are no written records. The archaeology at Copped Hall is no exception. The Project has, over the years, investigated various aspects of the mansion buildings of Old Copped Hall, as well as its extensive gardens. The investigations are likely to continue for years to come. Here are just a few examples of what has been found so far.

A small plaquette was discovered in the excavations in 2009. To understand its significance, we have to remind ourselves that Queen Mary I was once a resident of Copped Hall [see: Early Copped Hall]. Mary was famously a strict Roman Catholic even under the rule of her staunchly protestant brother Edward VI, and she strongly resisted attempts by her brother to make her abandon her faith. The plaquette is inscribed with the words ‘Sancta Maria Mater Dei Ora Pro Noblis’ - ‘Holy Mary Mother of God Pray for Us’ which comes from the Catholic prayer ‘The Hail Mary’. This inscription, along with the 16th Century date, would suggest that the object belonged to Queen Mary or a member of her household, and provides corroborating evidence of the strength of her faith, because ownership of such an object would have been unacceptable elsewhere.

A circular brick-built structure was identified by geophysics in 2009. Several years of work led to its identification as the base and foundations of a dovecot. Up until the 17th Century only the most high status buildings had dovecots, and it is no surprise that one existed at Copped Hall. But none of the written records and drawings of the site show a dovecot in this location. Dating it is not easy, but it was overlain by other structures that appear to have been built in the century before the demolition of Old Copped Hall, and it in turn overlays other structures including a layer of silty grey material containing many fragments of medieval pottery, which might be part of a moat-like ditch from an earlier phase of the site. The foundations of the dovecot show a major fault running right across the building, which must have caused it to split in half. What the dovecot builders obviously did not know was that they had built foundations that spanned the softer, silty layer, so that the foundations were inherently unstable.

The Project has also given us tantalising glimpses into much earlier human occupation of the Copped Hall site. These include a pottery fragment that is typical of the period from the late Iron Age to the early medieval period (which pre-dates all the written historical records about Copped Hall). Such finds indicate activity in the area before the first records that mention it.

Even older, a part of a late Iron Age loom weight was found on the site, which is roughly 2,000 years old. The weight was part of a loom used for weaving, and it has survived when all the wooden parts of the loom have long since decayed. It would have been discarded by the loom users, not far from where they lived. It was found amongst the clay that had been used in landscaping the Copped Hall gardens. We can safely assume that nobody would have brought clay from elsewhere, so that the loom weight must have come originally from somewhere where people were living on or close to the Copped Hall site, even it had not originally been discarded exactly where the excavators found it. The loom weight is incomplete, but we cannot tell whether it was broken when it was discarded, or whether it was broken subsequently, during the landscaping for example.

Older still are various fragments of worked flint found during the excavations. In the times before metals were discovered, flint was a very common material used to make sharp tools for cutting and scraping. Flint has survived when most other materials from which sharp tools could be made, such as bone and wood, have long since decayed. The worked flint, which comprises both finished tools and fragments discarded during tool-making, are at least 5,000 years old and in some cases thousands of years older still. This tells us that people from those ancient times were present in the vicinity of Copped Hall. They did not necessarily live there, as the flint tools may have been used on hunting trips, rather than domestically, but clearly they did not live too far away.

This is only a tiny fraction of the information that WEAG have unearthed at Copped Hall. You can find out more by visiting the Archaeology Display Rooms on Copped Hall Open Days [see Getting involved], and also by going to the WEAG website www.weag.org.uk where you will find detailed reports of the investigations year by year.

There are still many interesting questions that remain unanswered, such as “Why was this site first chosen as somewhere to live?” and “How and when have people used the site and the surrounding area, for the past 2,500 years (and possibly longer)”. WEAG's investigations have revealed many walls and buildings apart from the dovecot that clearly date from periods when the site is well documented, and yet they do not show up in any plans and drawings. So what are these buildings, and when were they used? We hope that the continuing work on the Copped Hall site will eventually give answers to such questions. If this fascinates you, and you want to play a part, however small, read on to the next section – Getting involved. 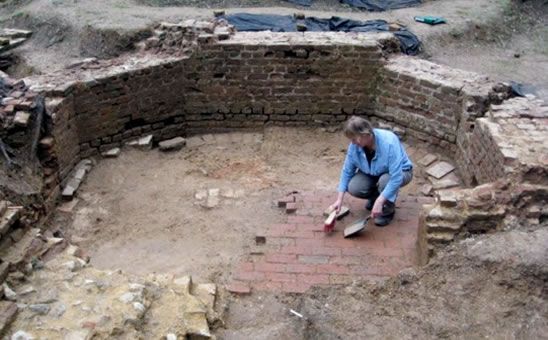 Part of the western end of the south wing 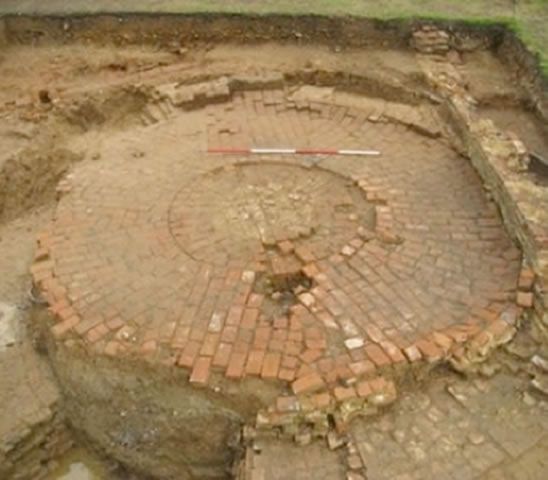 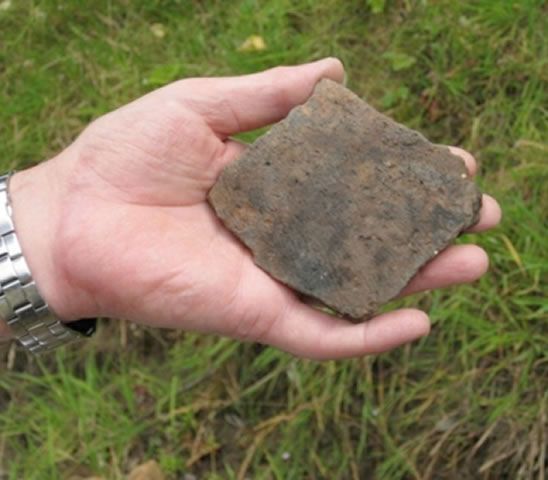 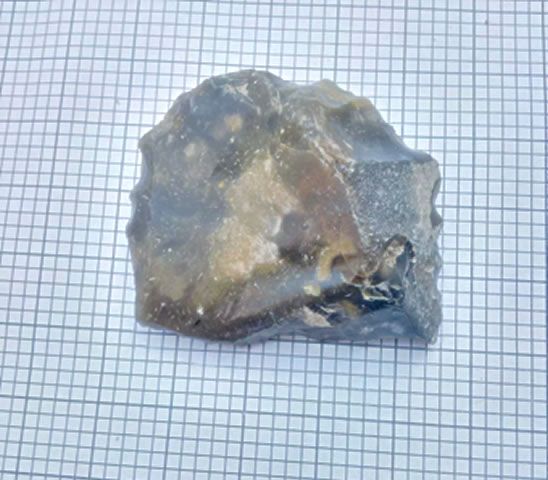