The saving of Copped Hall has been described by a number times as a miracle. In reality, it was achieved by a great deal of hard work against overwhelming odds.

Historic country houses in their parkland are one of the great cultural achievements of previous centuries. Our age produces many wonderful things but not an equivalent. These places are quite capable of transcending the age the were constructed and giving as much pleasure today. Very sadly by the 1950s, historic mansions like Copped Hall were being demolished at a rate of one every two and a half days. No one wanted them. With their loss the centrepiece and purpose of the gardens, ancillary buildings and parkland was removed. Often all of these parts were destroyed. By the 1980s developers were beginning to show an interest.

In the 1980s the planning authorities acted to preserve the excellent established qualities of Copped Hall and its surroundings by making them into a conservation area in 1984. English Heritage followed by listing the older parkland as Grade II*.

Once the M25 was built through a corner of the park, Copped Hall became visible and accessible from the motorway network. Copped Hall is near London and Stansted Airport. These facts made Copped Hall very attractive to developers - especially since the beauty of the parkland, the historical associations and the potential excellent architectural qualities of the buildings could be used to add kudos to any development.

What stood in the way of the developers was the conservation area and listed status. Very unfortunately, and up to very recently, the planning and conservation authorities allowed something called 'enabling development'. This concept exceptionally allowed new buildings and enterprises to be built on a historic site - the profits from which could be used to pay for the repair of the historic buildings and landscape. The new buildings and enterprises in most cases destroyed the context of the existing buildings and multilated the landscape - so that it ceased to be a place worth preserving.

Golf courses were proposed for the beautiful landscaped parkland. There is nothing wrong with golf courses, as such, but in this case they would have mutilated the established parkland identity. After much campaigning the Conservators of Epping Forest (The City of London) came to the rescue and purchased the freehold of the parkland in order to preserve and restore it. The specially formed Copped Hall Trust eventually purchased the mansion, stables and gardens in 1995 - driving away developers at the very last minute. 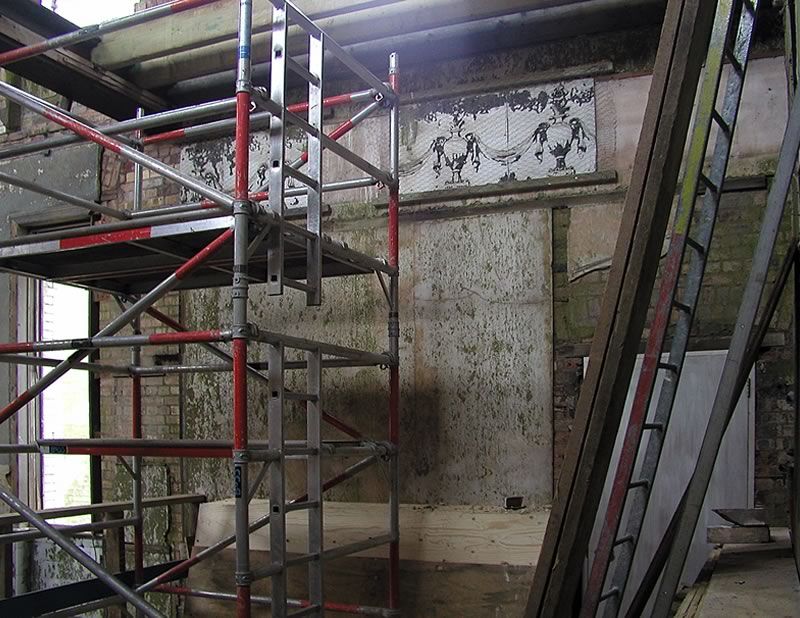